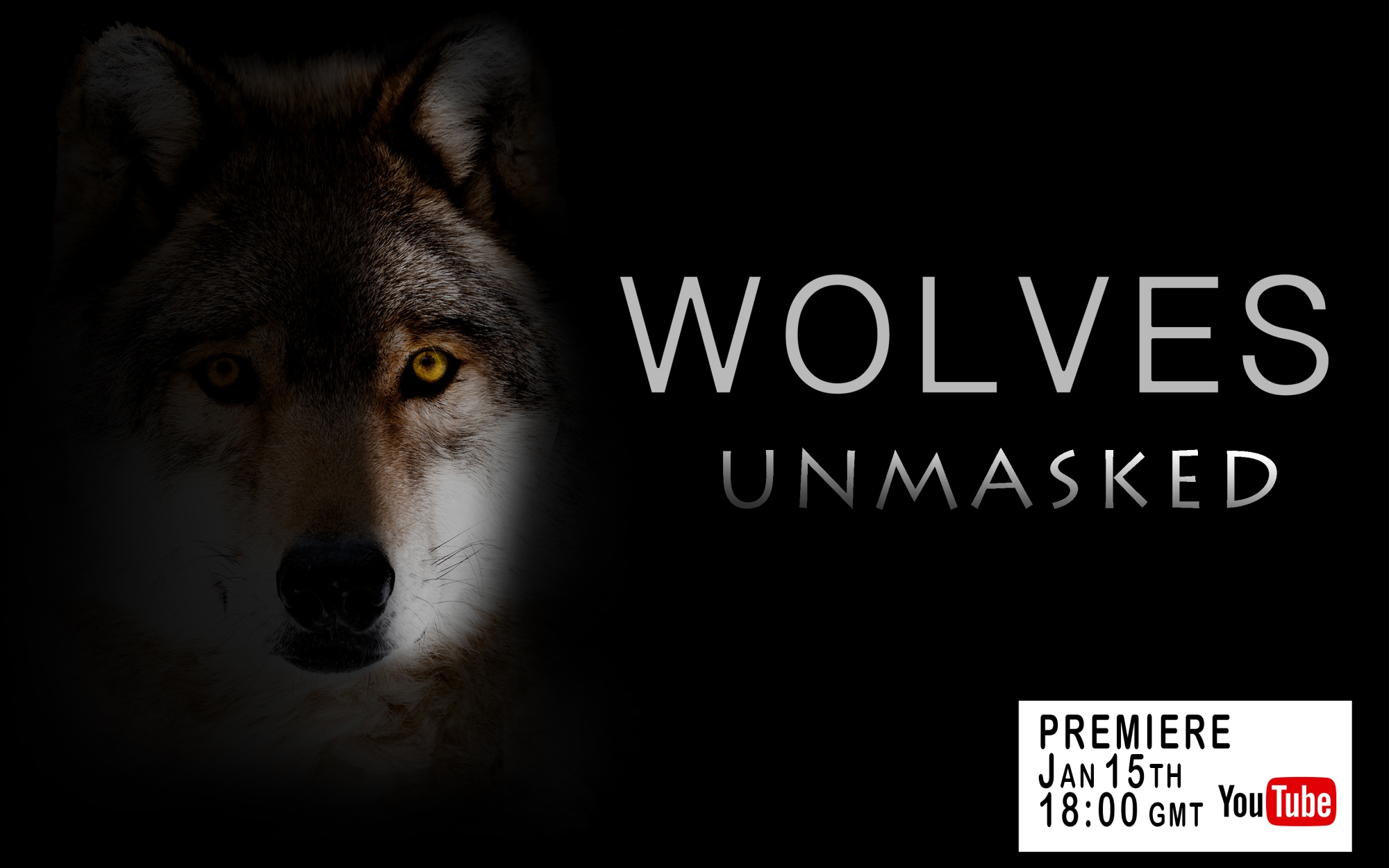 When I decided to make a film about wolves I had no idea it would turn into a feature length. In fact, I didn’t know what it would be about or how it would help wolves! I just knew I wanted to do everything in my power to help them. It’s been challenging and I’ve learnt so much about them and humanity, and the film just naturally unraveled.

Releasing the film has been a touch problematic! but if I revisit why I originally started the film my intentions are still clear and string – I want to reach as many people as possible to raise awareness of the importance of the wolf and rewilding, as well as balance humans perception of wolves. I believe the best way to do that in current times is to release my film on YouTube.

Please share the trailer, and once the film is released please share it as much as possible, thats all I ask!

Wolves Unmasked focuses on the current state of global climate change and environmental degradation and the message wolves are trying to deliver to humanity through what they represent within the context of that environment. This animal has been persecuted for centuries, even today the wolf is still villianised. The film explores the origin of this hatred. We have interviewed the leading thinkers, scientists and researchers to include Jane Goodall, Chris Packham, Doug Smith, Dave Mech, Chris Packham, Shaun Ellis, Anneka Svenska, Tsa Palmer (UKWCS), George Hyde (Wildwood), Marco Adda, Julia Huffman, Leo Linnartz, Paul Lister and Derek Gow.

Can wolves return to the UK? What role can they play? Are they really vicious creatures that are waiting to ravage you and your family? this is a topic that has been debated time and time again. Wolves are at the heart of rewilding, because of the role they play in the environment and what they stand for. The wolves represent the wilderness, nature, the environment and natural world; humans, in the face of overwhelming evidence to the contrary, continue to subdue, exploit for profit and kill off what is not useful or threatens profits and wolves are trying to communicate their message for us to stop and let them begin to restore and heal the environment. Our aim with this film is to translate this message into a format that is accessible to and assimilable for humans to best act on this message.